The winner of the national UNESCO competition is a Neapolitan. With his image of the «Sassi di Matera», Fabrizio Fiorenzano has won the national prize organised by UNESCO and has been awarded for taking the best photograph of an Italian location declared part of our ‘Human Heritage’ and organised for the «International Year of Natural and Cultural Heritage» by the United Nations. As well as prizes offered by Kodak Italia and a lithograph produced especially for the «2002 Year of Heritage» by the Istituto Poligrafico di Stato, the winning photo will be reproduced as a commemorative UNESCO poster and printed and distributed for the occasion.
The jury included President Mario Verdone, Carla Fracci, Licia Borrelli Vlad, Silvana de Stefano and Alessandro Iovinelli who, from the 238 photographs submitted, chose three winners. First prize was awarded to Fabrizio Fiorenzano for «Sassi di Matera»; second prize to Fiorenzo Fallanti for «Siena»; third prize to Simona Gualtieri for «Centro storico di Firenze». 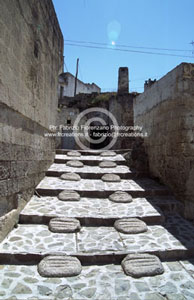 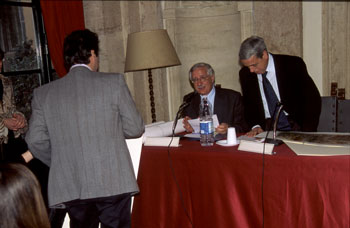 The 37 year old Neapolitan artist, already winner of the “Lorenzo il Magnifico” prize for the digital section at the ‘Biennale di Firenze 2001’, has again been judged in first place.

“It was really a tremendous surprise – commented the winner – because I believe in the safeguarding of our artistic heritage and the beauty of these places. And I’m also proud that my work is contributing in some way to the projects of the United Nations”.

Fabrizio Fiorenzano has also won the third position for the national prize Unesco competition: “Popular Prize” organised by Unesco in the occasion of “The United Nation’s Day” with another image of the archeological site “Villa Adriana“. 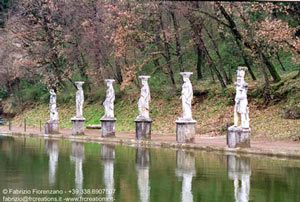