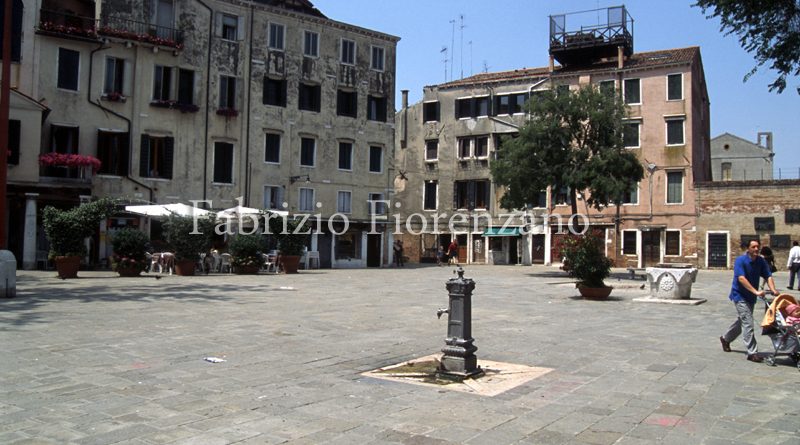 VENICE, THE JEWISH GHETTO: THE OLDEST IN EUROPE

Visiting Venice doesn’t just mean discovering one of the most beautiful cities in the world, unique in its morphology and famous for its lagoon. In Venice you come into direct contact with history in the form of the oldest Jewish ghetto in Europe.

Archaeological finds assure that the earliest Jewish settlements in Venice trace back to the fourth century of the Vulgar Era. Jewish people from the east and from transalpine countries gathered in Veneto and, after the discovery of America in 1492, more Jewish people, expelled from Spain and Portugal, started to flock to towns in Veneto such as Treviso, Bassano and Conegliano. From there they gradually moved to Venice where their lives suddenly got more complicated due to the constant alternating between being granted resident permits and being prohibited as dictated by the Serenissima. The influx of people became considerable as the years went by to such an extent that the Republic’s government felt bound to reserve them a specific area; at the same time, they were denied free passage and compelled to stay inside the assigned area.

Thus the first European ghetto was officially created in 1516. It was at first called “Ghetto Nuovo” (New Ghetto) for it was erected close to a new foundry. Then it developed into the “Ghetto Vecchio” (Old Ghetto), this time erected nearby an old foundry. Eventually, in 1633, the “Ghetto Nuovissimo” (Newest Ghetto) appeared.

Maybe not everybody knows that the term Ghetto comes from the Venetian word geto, which indicated a place where metals were smelted.

The frustrating segregation status imposed on Jewish people consisted of being compelled to stay inside the ghetto from sunset until dawn. For security reasons the area was locked up using chains at the two gates. Even today traces of the chains’ hinges are visible in the ghetto’s sottoportici (covered walkways). At night the area was patrolled by Christian guards who sailed the channels to prevent any escape while other guards were policing the bridges from the watch-boxes, which today still exist.

Only in 1797 did the segregation end when Napoleon Bonaparte commanded the gates and the chains be knocked down which up until then had symbolized the discrimination. Moreover, Napoleon decreed that Jewish people had the same rights of any other citizen, though this disposition became final only after the Venice annexation to the Italian Kingdom, a fact that is remembered by a structure in the Ghetto Nuovo.

The Ghetto is quite a small district where proof of the various ethnic groups that have lived there over the last centuries, including Germans, Spanish and Italians, is still evident.

The first thing that strikes the visitor’s attention is the presence of the “tower blocks.” They are broken-down buildings so-called because they are the highest buildings in Venice, reaching up to seven floors. Since Jewish people weren’t allowed to dwell outside the ghetto, they had to increase the height, building floor upon floor to deal with their overpopulation.

Jewish people were allowed to do few jobs; they could be doctors, since they were skilled and versed in that field, traders, rag sellers or, more importantly, money lenders. Venetian citizens were indeed forbidden to exercise that activity for religious reasons. According to the Catholic Church, to gain a profit from lending money  was immoral.

In that regard, signs of some Pawn Shops owned by Jewish people still exist. These were agencies where people in need of money would go to get a loan, leaving as a deposit some items or, even better, warranties. These loans were to be returned with interest, not always at a reasonable rate. A great number of Venetians recurred to these agencies, and in the Ghetto Nuovo you can still see the closed door of one of these old banks, “Il Banco rosso” (Red Bank). Still existing today are the “midrashim,” workshops or schools where people used to gather to study the Sacred Scriptures.

In the center of the district, at the “Campo de Gheto Novo” there is a wall on which you can admire some extremely evocative stone plaques in memory of the Nazi genocide’s victims during the Second World War, a must see for anybody who is lucky enough to visit this incredible place.

IN ORDER TO BUY THE REST OF THE ARTICLE AND HIGH RESOLUTION PICTURES, CONTACT ME. [email protected]